The Honey Fitz Theatre is home to the Lough Gur Drama Society. The venue is available for hire at a rate of €20 per hour.  For a listing of events please go to the “What’s On” section of this website.

The theatre gets its name from John Francis Fitzgerald (1863 – 1950) who was Mayor of Boston and grandfather to President John F. Kennedy and known as “Honey Fitz” because of his beautiful singing voice. The Fitzgeralds emigrated to Boston from this area. 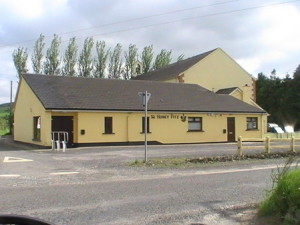 Located beside Patrickswell church, The Honey Fitz theatre was originally Lough Gur National School and was used as a school from 1854 to 1966. It seats 110 people which creates an intimate atmosphere for any dramatic group whether local or travelling. 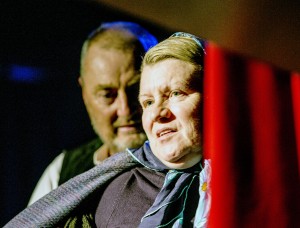 The theatre was refurbished in 1994 and in October of that year, Jean Kennedy-Smith, U.S. Ambassador to Ireland, performed the official re-opening, re-naming it in honour of her grandfather. Thus, it became, “The Honey Fitz Theatre” and we raised the roof with “Sweet Adeline”, his rallying song.

The Honey Fitz is now used as a theatre and community hall and is used weekly for set dancing, computer classes and art classes, etc. It is widely used by the Lough Gur Dramatic Society to stage drama and also hosts the Lough Gur storytelling festival at Halloween. This festival includes drama, storytelling, music and concerts. Opening times vary depending on activities.

Further renovations have been completed since and the theatre is now equipped with tiered seating, full audio-visual equipment and all the features of a professional theatre.

For enquiries regarding booking the hall for meetings or community activities please phone 087-2852022.