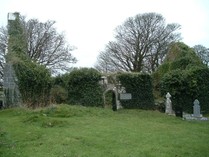 New Church replaced an older chapel which was used by the Earls of Desmond. The present structure dates from 1679 – a simple rectangular building. It was endowed with a chalice and patten which bear the inscription: “The guift of the Right Honourable Rachel Countess Dowager of Bath to her chapel-of-ease Logh Guir, Ireland 1679” The famed poet harper Thomas O’Connellan who died in 1698 in Bourchiers Castle is buried here in an unmarked grave as is Owen Bresnan (1847-1912) local poet and historian who composed Teampall Nua and Sweet Lough Gur side. 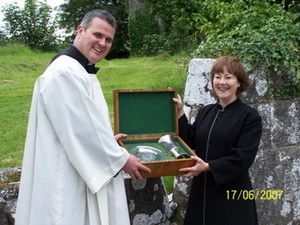 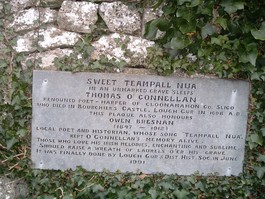 Widespread throughout the Irish countryside, these secluded places were used for the celebration of Mass by wandering priests during Penal Times (18th century). An oratory underneath is approached by a secret entrance.

In use in the 19th century. Limestone was burnt in the kiln to make slaked lime which was then used for spreading on land and whitewashing houses and outhouses. Process would take approximately 3 days and consisted of layering fire and limestone. The limestone was fed into the kiln from the top and the path which leads to the interpretative centre was originally used for feeding the kiln.

The area was the site of a week long pattern until the middle of the 19th century. The holy well is sacred and has curative properties. We celebrate St. Patricks Day by doing “rounds” (walking around St. Patricks bed and the well and praying as one goes, followed by taking sips of the water). The water is called “dionacht” – meaning protection or cure. The well-house has been maintained by the Dineen family by many years. A place of veneration! 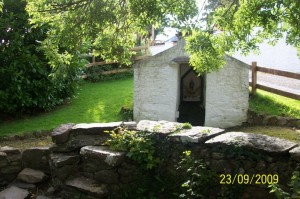 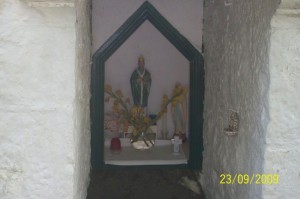