The Lough Gur Storytelling Festival was a resounding success this year and took place this year from October 20th to 23rd. Events included:

October 20th – The Successful T.D by John B. Keane starring Mary Mc Evoy & Jon Kenny at 8pm. The show was a complete sell out with a waiting list that could have filled many more nights in the Honey Fitz Theatre. Jon & Mary have committed to returning in January. The date has yet to be confirmed. 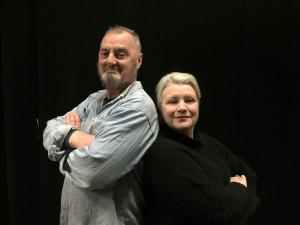 October 21st – Lough Gur Primary School Competition in the Honey Fitz Theatre at 7pm. The winners of the junior category were John Barry and Lucy Small from Cloverfield National School with Diarmuid Burke from Knockainey National School receiving the runner up prize. Jimmy Stokes wowed the audience and was the outright winner for the Senior Category with Alex O’ Doherty being nominated for the runner up prize. Congratulations to everyone who took part on the night. 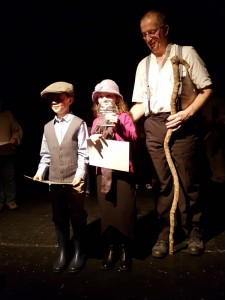 October 22nd – The Paper puppet making workshop took place in the Lough Gur Heritage Centre at 11.30am followed by a puppet show in the Honey Fitz Theatre at 1.30pm. Award winning puppeteer Carmel Balfe brought MAGGIE, Rexie and the little old witch to life much to the joy of all those who met here. We look forward to welcoming Little Gem Puppets back to Lough Gur in 2017. Tickets €5 for each event.